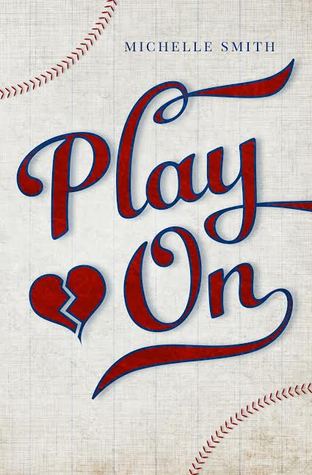 Goodreads synopsis:
In the small town of Lewis Creek, baseball is everything. Especially for all-star pitcher Austin Braxton, who has a one-way ticket out of town with his scholarship to a top university. All that stands between him and a new start is one final season. But when Austin starts flunking Chemistry, his picture-perfect future is in jeopardy. A failing grade means zero playing time, and zero playing time means no scholarship.

Enter Marisa Marlowe, the new girl in town who gets a job at his momma's flower shop. Not only is Marisa some home-schooled super-genius; she's also a baseball fanatic and more than willing to help Austin study. As the two grow closer, there's something about Marisa that makes Austin want more than just baseball and out of Lewis Creek -- he wants a future with her. But Marisa has a past that still haunts her, one that she ran all the way to South Carolina to escape.

As Austin starts to peel back the layers of Marisa’s pain, it forces him to look beyond the façade of himself and everyone he thought he knew in his town. What he sees instead is that in a small town like Lewis Creek, maybe baseball isn’t everything—maybe it is just the thing that ties them all together.

I'll be honest; I wasn't sure that I would enjoy this book. But, like with a few contemporaries lately, I was pleasantly surprised. Especially because anything relating to sports isn't remotely in my area of interest.

There's really only one thing in this book I didn't like, and that's the reason that my rating isn't a four or four-point-five: I wasn't invested in Marisa and Austin's relationship. I felt like, as the reader, we were being told,  almost forced to like their relationship. It was only towards the last half of the book that I could really see why they liked each other and why I should root for them. Before that, my feelings were more... indifferent towards them. However, this is my only gripe with Play On.

The writing and the plotting was great. I liked that the book could go from funny/amusing to serious/sad. Not many books (or authors, for that matter) can make their reader laugh out loud on one page, and then feel sad for the characters ten or so pages later. That's what Michelle Smith managed to do and it's probably my favourite part of Play On. Even if I wasn't interested in the main characters' relationships, I still was invested in the story itself.

You can always tell a book is good when even its secondary characters are engaging and interesting. I loved all of Austin's friends and I felt invested in their lives - especially the romance between a certain couple of Austin's friends. It was also really interesting to see a secondary love story between two guys in a book that's set in a small town.

Basically, the synopsis of Play On doesn't convey just how magical the story of Play On is. Michelle Smith's writing makes you feel things. I actually felt my heart swell in the last scene of the book. It touches on the themes of love, depression, the way the two sometimes intermingle and how high expectations can lead to lots of pressure. I really would recommend this book to anyone who loves contemporaries, even if they aren't necessarily sports fans. Play On is so much more than that. It might definitely go on my list of favourite books this year. 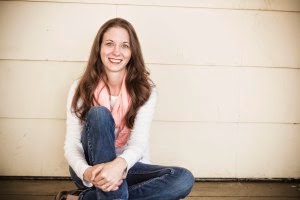 Michelle Smith was born and raised in North Carolina, where she  developed a healthy appreciation for college football, sweet tea, front porches, and a well-placed “y’all.” She’s a lover of all things happy, laughs way too much, and fully believes that a little bit of kindness goes a long way.

GIVEAWAY!!!
Enter here to win a free paperback copy of Play On! (US Only, sorry :( )

a Rafflecopter giveaway
Posted by Raven Lynch on Friday, April 17, 2015