Waiting On Wednesday #1 - The Wrath and the Dawn 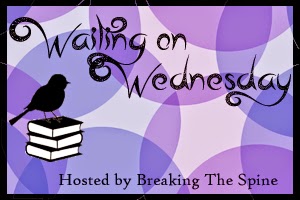 "Waiting On Wednesday" is a weekly meme hosted by Breaking the Spine.

This is where we get to 'spotlight' books that we are anxiously waiting to be released!!!
The ones that we are dying to get our hands on and read into the wee hours of the night!!!
And, quite possibly, to make our shelves look pretty too :)

I heard about this meme a while ago and I thought it would be fun to participate in - especially since most books I want to read are yet-unreleased. I'll do my best to update every week!!

What I'm currently waiting for... 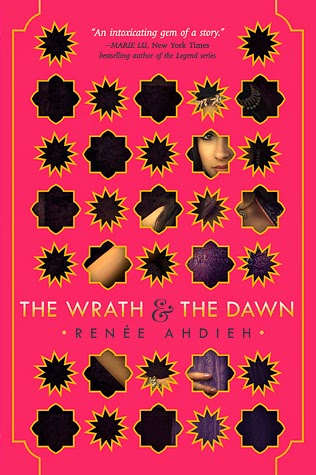 Title: The Wrath and the Dawn by Renée Ahdieh
Release date: May 12th 2015


A sumptuous and epically told love story inspired by A Thousand and One Nights
Every dawn brings horror to a different family in a land ruled by a killer. Khalid, the eighteen-year-old Caliph of Khorasan, takes a new bride each night only to have her executed at sunrise. So it is a suspicious surprise when sixteen-year-old Shahrzad volunteers to marry Khalid. But she does so with a clever plan to stay alive and exact revenge on the Caliph for the murder of her best friend and countless other girls. Shazi's wit and will, indeed, get her through to the dawn that no others have seen, but with a catch . . . she’s falling in love with the very boy who killed her dearest friend.
She discovers that the murderous boy-king is not all that he seems and neither are the deaths of so many girls. Shazi is determined to uncover the reason for the murders and to break the cycle once and for all.


Why I'm excited for it: For one, just look at that cover. It's the first thing that made me want to read this book. It's just so beautiful and intriguing! Also the plot - it's based off A Thousand and One Nights. Folk tales from other cultures are something that interests me so much. Plus Shahrzad sounds badass just from the synopsis. I really feel like this is going to be one of my new favourite books.

Email ThisBlogThis!Share to TwitterShare to FacebookShare to Pinterest
Labels: breaking the spine, putnam juvenile, renée ahdieh, special post, the wrath and the dawn, to be released, waiting on wednesday, wow